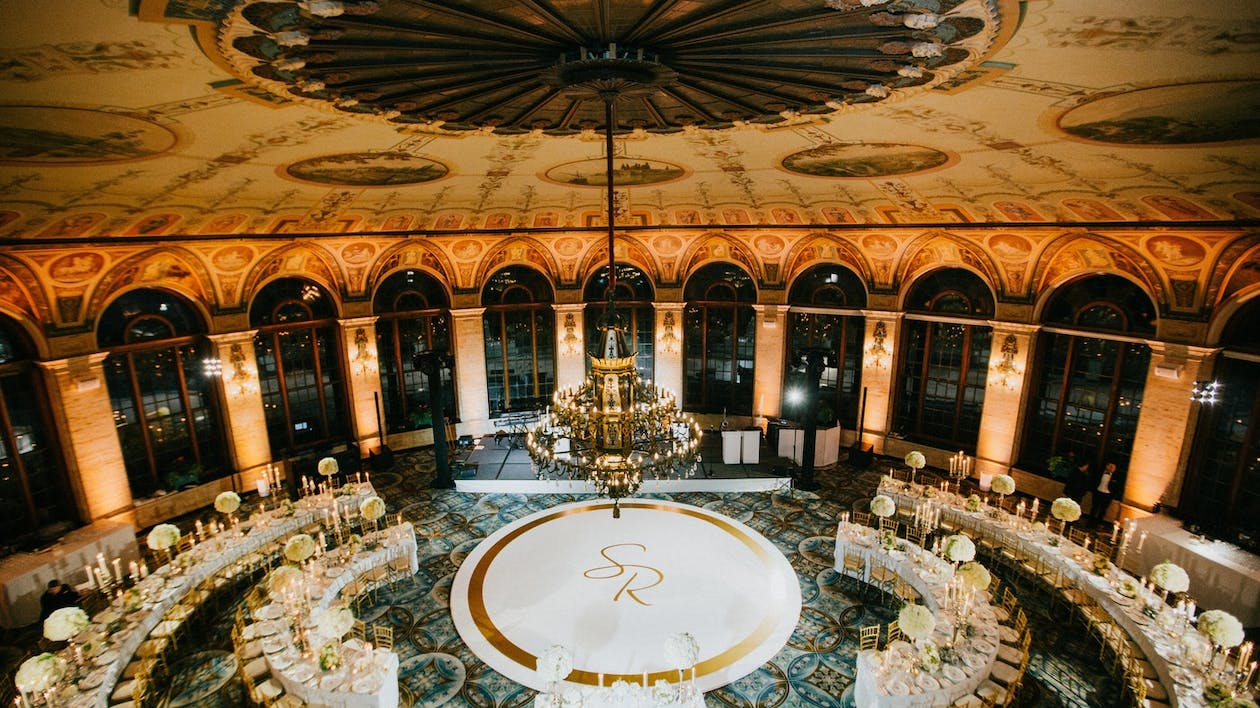 We recently had the opportunity to speak with Brad Frey and Justin Scalzo, founders of YSD Events — an event planning firm located in South Florida and New York, but operating worldwide —  about what trends they’re seeing (and setting) in modern weddings. The duo’s rich experience in both the fashion industry and producing meaningful, glamorous celebrations perfectly positions them to tell us what’s on the horizon for events in 2020 and beyond.

Destination weddings have been hot for a long time, but the YSD team says that the new trend is experiential weddings. Whereas a traditional destination celebration might feature lots of gatherings around meals and laid-back beach time, Scalzo says, “Now, everyone is looking for an experience that will have a lifelong impact on their guests.”

For example, the YSD duo has been planning a December 2020 wedding celebration to include a safari jaunt by private jet to South Africa. “In getting to know our clients, we learned about their dream of going on a luxury safari and immediately thought that this could be the most fabulous experience to incorporate into their wedding” says Frey. He adds that the unique four-day event will take friends, family, and the animal-loving couple “on daily safaris and will include an evening of traditional South African music, as well as international DJs and bands flown in from around the world.” The New Year’s Eve celebration will also feature a tented wedding ceremony in the bush. It seems that non-traditional weddings have become, well… the tradition.

2) Rehearsal dinners have been replaced by offbeat night-before gatherings.

“People are really pushing away from the traditional rehearsal dinner,” says Frey. Rather than a large dinner that includes everyone who has traveled for the celebration, Frey and Scalzo note that couples are opting for more intimate dinners with just their immediate families and wedding party, followed by an after-dinner experience for the larger group.

Scalzo says, “For example, we recently planned a small intimate welcome dinner party cruise on Ted Turner’s yacht for only 20 guests, followed by a full blown cocktail party at the Breakers Palm Beach for all guests who made the trip.” Basically, adds Scalzo, “Couples want to do the opposite of what their parents did, and they’re all trying to do something memorable and different.”

Here, Scalzo and Frey note dual trends: couples are spending more money on weddings and have become more well-traveled. This means that couples have more eclectic entertainment tastes and the budgets to indulge them. For these couples, YSD offers diverse, international options. Scalzo says, “For example, an Indian couple may not want a traditional sangeet, so we might fly in a DJ from Europe.”

In addition to musical options, Frey adds that they work with agents to book entertainers and comedians (Trump impersonators are still going strong) and collaborate with non-wedding specific performing arts companies to create unusual and unexpected experiences for wedding guests.  In fact, YSD Events recently produced a wedding at Biltmore Hotel Miami Coral Gables that included a live ballet ceremony opener that was a total surprise (only the bride knew that the ballet would take place).

Frey says, “In addition to creating a memorable moment, guests love a non-traditional element.  We recently had a camel adorned with a fresh flower garland make a cameo which created a fun photo opportunity for guests arriving to a wedding ceremony. ”

Increasingly, couples are wanting to make their celebrations more about themselves. “They’re moving away from traditional clergy as officiants and instead choosing personal friends or family members to perform their wedding ceremonies, infusing more personal meaning into the affair,” says Frey. He notes that even Catholic clients are opting out of churches and getting married at beautiful venues or even getting married privately with an intimate group, then having a larger ceremony with friends and family (a trend we just saw with Justin & Hailey Bieber’s more public nuptials following their private vows).

5) Welcome gifts are out, while experiences that create community are in.

Rather than gifting out-of-town guests with baskets or bags of logoed merchandise, couples are planning more opportunities for interaction. “Eighty percent of our clients are not based in Florida, and they want a whole weekend experience and time to be with their family and friends,” says Scalzo. “People are hiring us because we aren’t following the rules — our philosophy is that there are no rules anymore.”

Some examples of non-traditional wedding-related day-after events that the team has planned include a spa day at The Breakers Palm Beach to include massages and facials for guests, and a day of active water sports and lounging in beach cabanas. “People don’t want to sit in a ballroom and have lunch on a beautiful Florida day,” says Scalzo. “Traditional brunch is going out the door.”

One bride was getting married on her birthday weekend, so instead of a night-before dinner, she wanted an elaborate birthday party. “Another client loved bossa nova music so we arranged for a Brazilian singer to sing live as she wandered down the aisle before the ceremony procession began.  This ceremony was outdoors overlooking the ocean and everything came together that day including the late afternoon light, the crystal blue sea and sky, and the sultry sounds of the singer to create the most magical moment. We tell our clients that they don’t have to do what anyone else does.”

6) Creative cuisine options that “cater” to food preferences and restrictions.

Gluten-free, vegan, vegetarian, pescatarian, lactose-intolerant — when you get any group together, there are bound to be dietary restrictions to account for. “We are seeing a trend toward more creative, plant-based food,” the duo shares. “The option of meatless meals has become the norm, with vegan dinner stations at the reception and requests for Impossible burgers at after parties.”

7) And after the party is the after-party.

“For some of our clients, afterparties are almost as intensive to plan as a second wedding. And people are spending more money on the party after the party — and they want a big reveal after the more-traditional reception. When the doors open, it’s a totally different environment and experience,” says Frey. After a recent YSD-planned wedding at The Breakers, the team produced an elaborate after party which included a surprise full hour and a half live performance by Flo Rida and his band.  Guests enjoyed tons of party-perfect bites, professional, concert worthy lighting design, pyrotechnic special effects, and co2 cannon blasts.

Among the surprises the duo has offered at after parties are cigar bars, martini or tequila bars, laser light shows above the dance floor, and confetti blizzards. “The after party becomes more like a concert.  We recently flew down the lead singers of St. Lucia, our client’s favorite headlining band, who layered their live vocals over a dj set for a recent after party.” says Scalzo. “That was one amazing party and we couldn’t resist joining in on the fun.”

But some things never change. Scalzo says, “Couples still want their big entrance moment with their bridal party at the reception — it really builds energy and sets the tone for a great night ahead.  Speeches are still very much the tradition, though we recommend the fewer the better so that guests can have more time to hit the dance floor and have fun together – that’s what matters most.” Read more about planning the perfect after-party here. 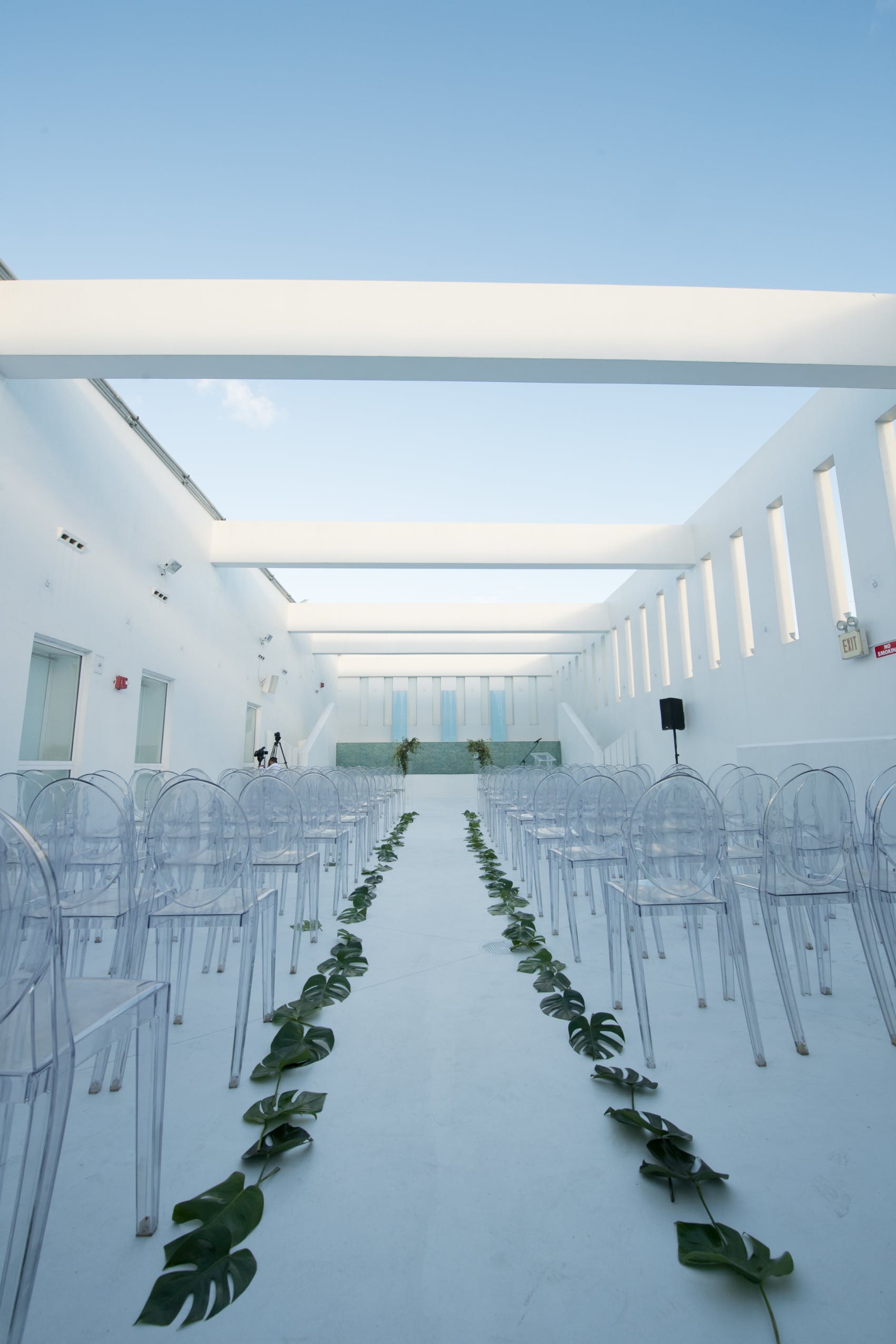 We love their ability to transform their indoor space into anything, or anywhere you could dream of with their 360-degree projections on the walls of their main ballroom. photographer: Manolo Doreste Photographer