Chef Pedro Gomez has been the Executive Pastry Chef at Calihan Catering since 2003, and continues to roll out and invent some of Chicago’s most impressive desserts and wedding cakes at events throughout the Chicagoland area.

Gomez has garnered critical acclaim for his creative interpretations of classical desserts, and since joining one of Chicago’s most sought after caterers, Calihan Catering, Gomez has been featured on the Internet, in print and on television. Gomez additionally was the first Latino Pastry Chef to be featured in the Chicago Sun Times. 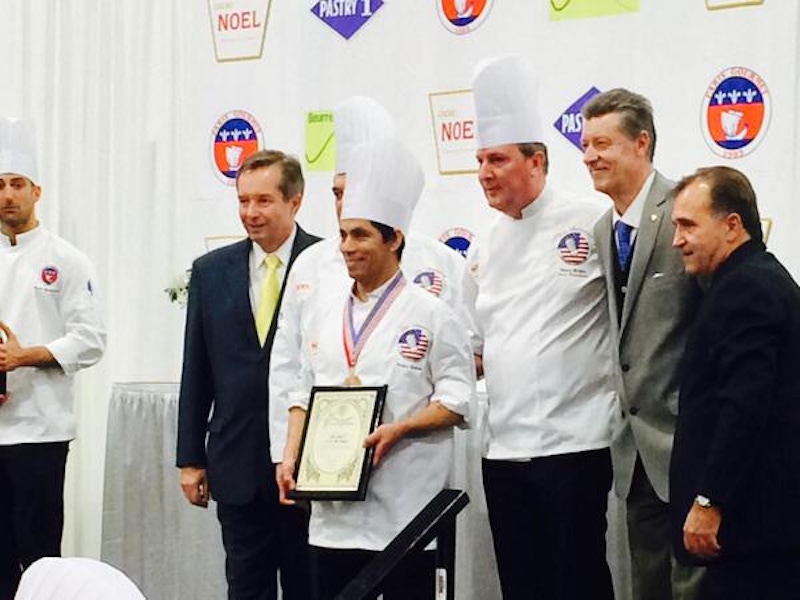 Gomez was awarded the Silver Medal in the USA Pastry Competition in both 2006 and 2011, and later the Bronze Medal in 2013—all in New York City. As recently as 2015, the ACF Windy City Chapter named Gomez Pastry Chef of the Year. His work has also appeared in numerous national and international magazines including Pastry, Art and Design, Journal du Patissier, La Pasticeria, Bizbash Magazine, Latin Desserts, Mona Lisa and Dessert Professional.

Featured below are just some of the examples that demonstrate his talented vision and ever evolving passion for creating something sweet.