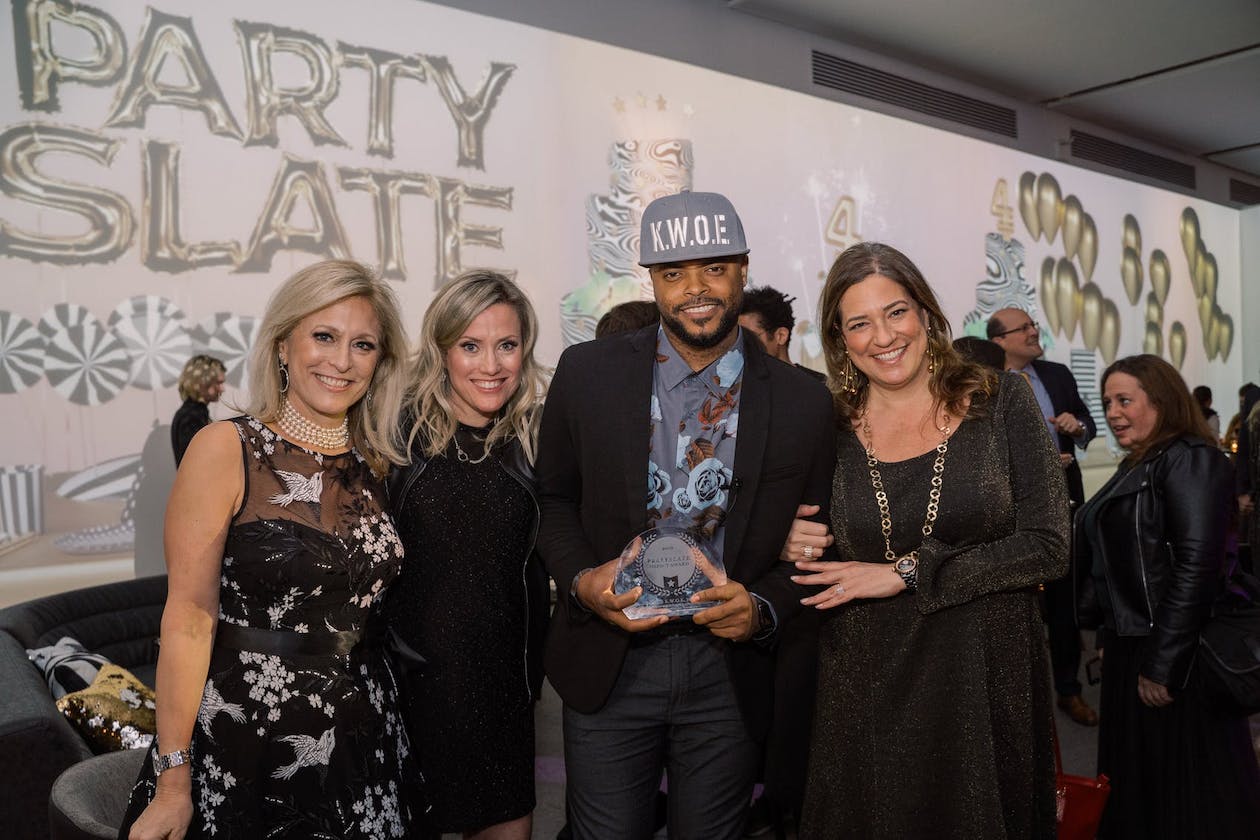 It’s more than just a catchy sentiment; it’s a mantra that PartySlate Co-Founder and CEO, Julie Roth Novack, lives by — and one that inspired her to start the company. To that end, PartySlate shines a light on those who curate memorable celebrations designed to support all-important fundraising efforts, as well as on the charitable organizations themselves. Charitable events are imperative when it comes to raising the funds needed to fuel good works. PartySlate serves as an inspiration engine and invaluable resource for those tasked with the large undertaking of entertaining — while also educating about an organization’s mission and goals.

In recognition of how members of the event industry continue to make a positive impact on their communities, PartySlate established its Impact Award in 2018. Its first recipient was The Birthday Party Project (TBPP). The organization is the brainchild of Paige Chenault, who stepped away from her role as a wedding planner to fulfill her goal to “make every child feel known and loved” through the joy of birthday celebrations.

The Birthday Party Project was a grassroots effort that began when Chenault pledged to go to a Dallas shelter once every month for a year to celebrate all of the resident children having birthdays that month. Soon, her family, friends, and even clients were asking how they could get involved. When she shared her mission with the Engage community of luxury wedding planners in 2012, they rallied around the cause and gave The Birthday Party Project an opportunity to grow. To date, the organization has celebrated 8,500 birthdays with 50,000 kids in attendance in communities across the United States. PartySlate honored the growing organization with its first Impact Award, which was presented to Chenault at the company’s Palm Beach launch event in November 2018.

The 2019 Impact Award was presented at PartySlate’s fourth anniversary party in New York this past November to Kareem Wells of Flow Entertainment, Inc for his work helping kids in the most violent areas of Chicago. In addition to founding a successful entertainment company — for which he’s been called “The King of Mitzvahs” — Wells also started the K.W.O.E. Foundation, which spreads a message of hope to urban school children.

Wells says, “I use my music and life experiences to inspire others to make the right decisions and overcome any challenges that the world may offer.” His personal history as a high school dropout, ex-drug dealer, and “person who felt invisible” perfectly positions him to act as a role model and educator.

Novack says that Wells was chosen for the Impact Award for, “Taking all of his talent and really pouring it into giving back to the community.” She notes that in addition to inspiring those in tough areas of Chicago, Wells also encourages those celebrating Bar and Bat Mitzvahs to engage in good works that directly benefit those communities — thus merging his entertainment empire with his life’s mission.

Of receiving PartySlate’s Impact Award, Wells says, “I was actually nervous to receive this award. What I’m doing for the communities in Chicago, with all of the violence in Englewood and on the west side where I’m from — it’s my job…it’s my job to give back to the community, and it’s my job to make my momma proud.”

In honor of this year’s Giving Tuesday, PartySlate is making a donation to each of the foundations that received its first two Impact Awards. Novack says, “There are many more good works being done in the event industry, and we look forward to continuing to highlight those efforts, as well as the celebrations that inspire giving.”

Find beautiful venues, top event
professionals, and amazing ideas
— all in one place. 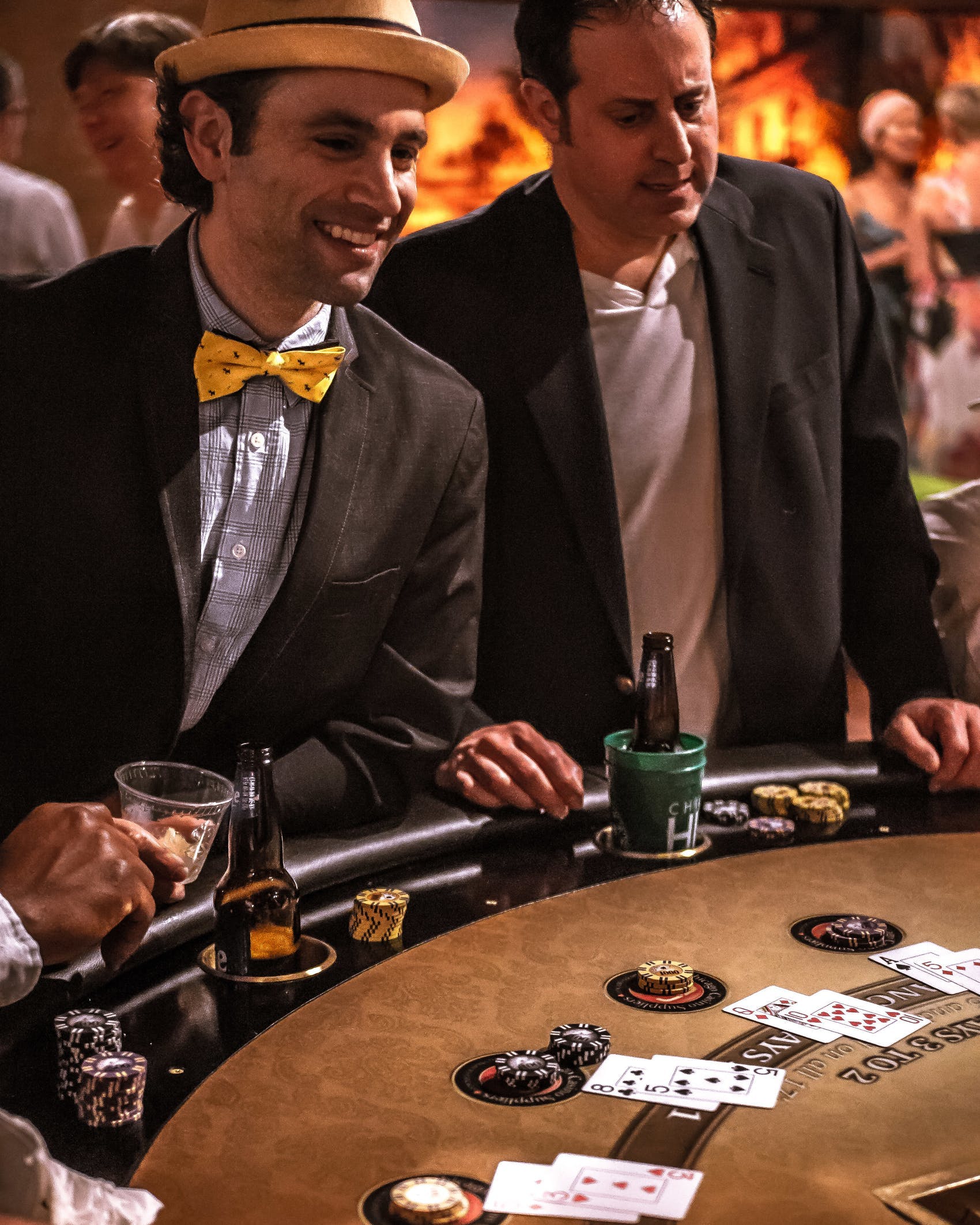 From Vegas-style casino games, to expert dealers and even a costume department to make sure everyone looks the part, we adore Chicago Casino Suppliers for the interactive way they spice up any celebration. photographer: CS_Photographic