In November of 2017, PartySlate participated in an episode of Cake Hunters for the Cooking Channel. PartySlate’s CEO and Co-Founder, Julie Roth Novack and Director of Digital Marketing and Events, Katie Kozlowski spent days meeting bakers and tasting cakes before choosing a pro to create a sugared masterpiece for the company’s 2-year anniversary party. Incorporating a reality show into our celebration, changed things in unexpected ways. Here are the six concessions we made to pair baking show stardom with our beautiful bash. 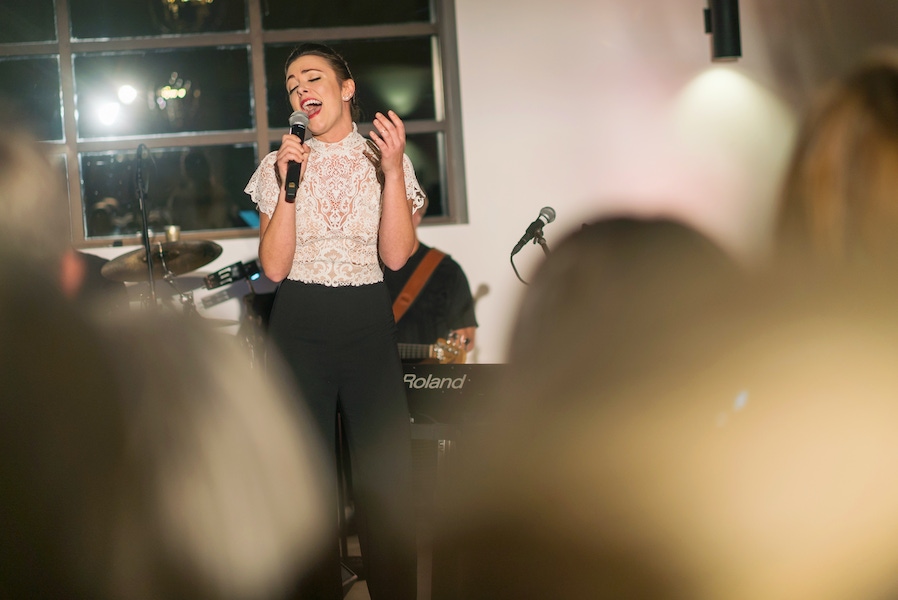 “We had to stop all music for 30 minutes so they could film the big reveal at the party,” says Novack. “Music contributes to the mood of an event.” Luckily, the “no-music rule” didn’t apply to one of the major highlights of the celebration: Broadway star, Desi Oakley from Waitress belting out songs from the show as well as some of her original music. 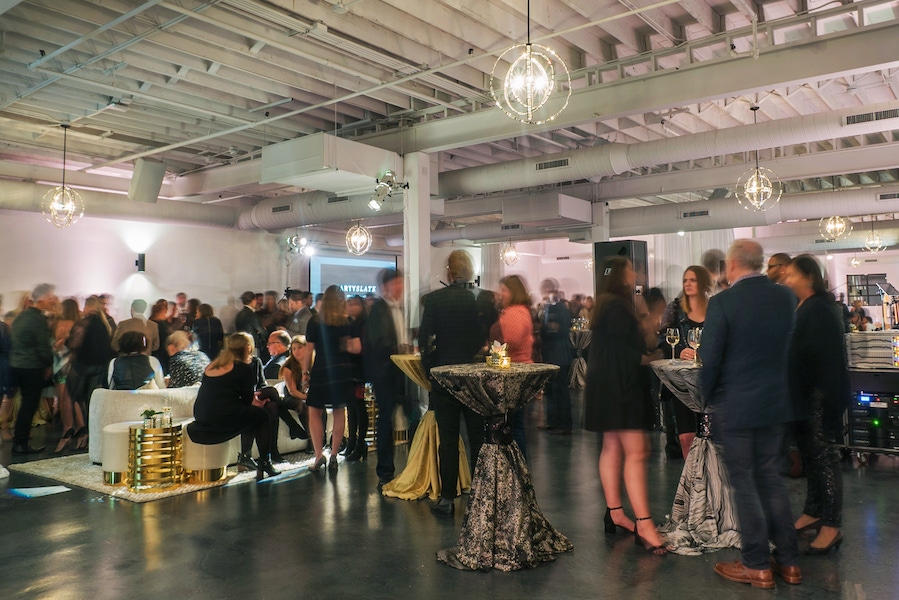 2. No Walk-Through of the Event Space

The PartySlate team wasn’t able to assess and approve the event’s final setup because the show producers didn’t want to ruin their surprised reactions at seeing the final cake. “I would’ve been much more nervous about hosting an event sight unseen were we not working with such amazing event professionals,” says Kozlowski. Instead, they put their trust in their industrial-chic venue, The Lakewood, the seasoned event planners at Paramount Events, the gorgeous creative direction of Kehoe Designs, and coordination from Paulette Wolf Events. 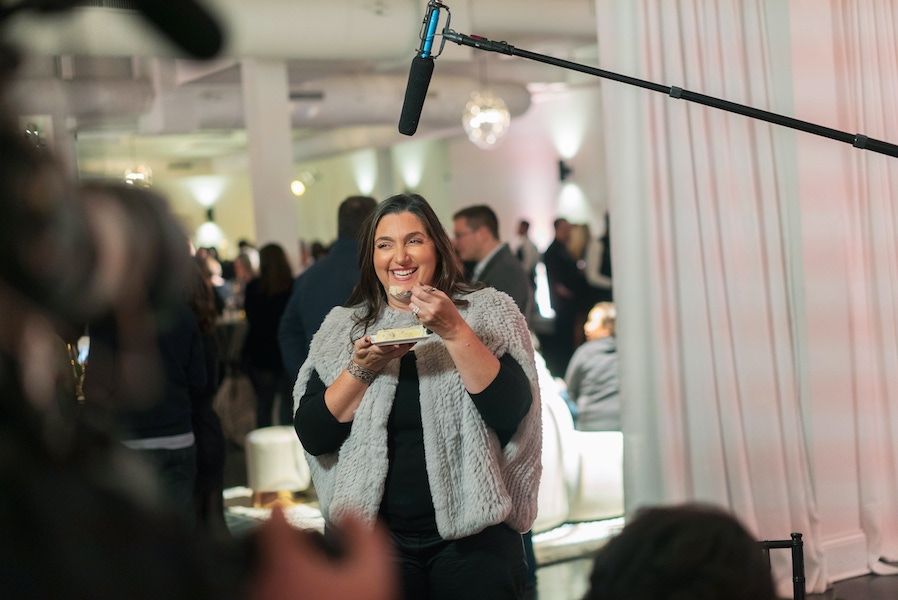 PartySlate events always have amazing food, creative cocktails and stunning decor, but they generally do not have film releases. Filming the final scenes of the show required that the producers interview people at the celebration about their reactions to the cake. “Some of our invitees really enjoyed being filmed. It was a fun extra,” says Novack. 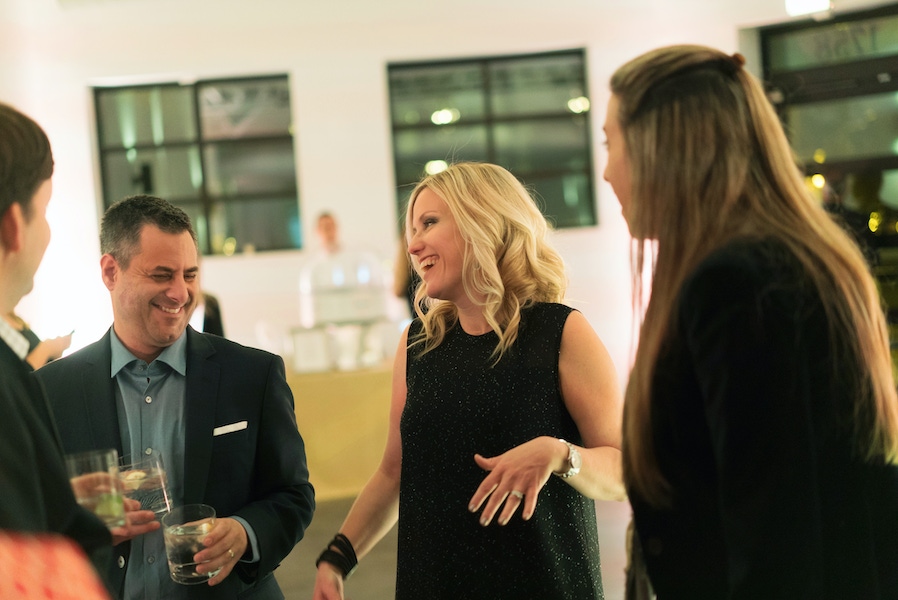 4. Being Pulled Away for “Confessionals”

“Our anniversary celebration was about spending time with and appreciating the wonderful event professionals that have helped us succeed,” says Novack. “It was sometimes inconvenient to be pulled out of conversations for interviews with the producers.” Kozlowski adds, “On the other hand, the camera crews and the cake were THE topic of the evening and made for even more interesting conversations!” 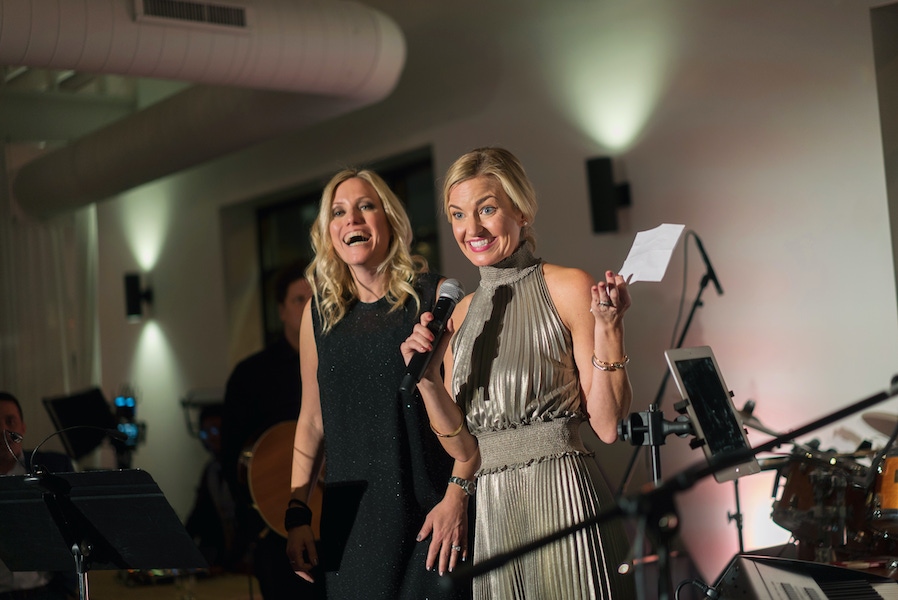 Novack and Kozlowski were mic’d the entire night which involved wires and a transmitter. “My microphone was literally strapped under my party dress,” says Kozlowski, “It made going to the restroom a bit of a production.” 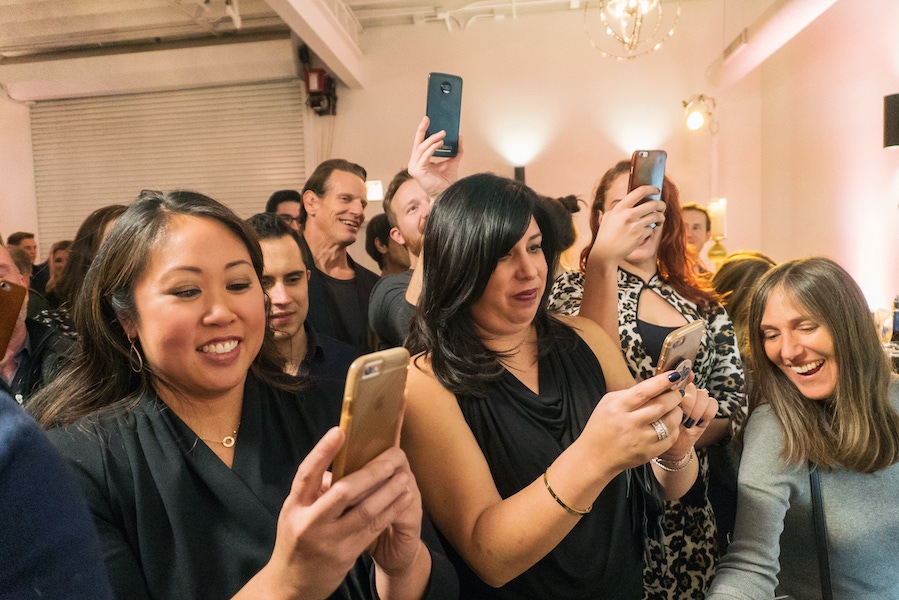 “Because of the element of surprise for cake reveal, we had to be really careful about the photos we posted from the event,” says Novack. Generally, the PartySlate team is capturing and broadcasting every fun detail from an event to their social media feeds but the addition of the filming made it trickier than usual. “It’s fun now, though, to get to share all of the photos we couldn’t then,” says Kozlowski.