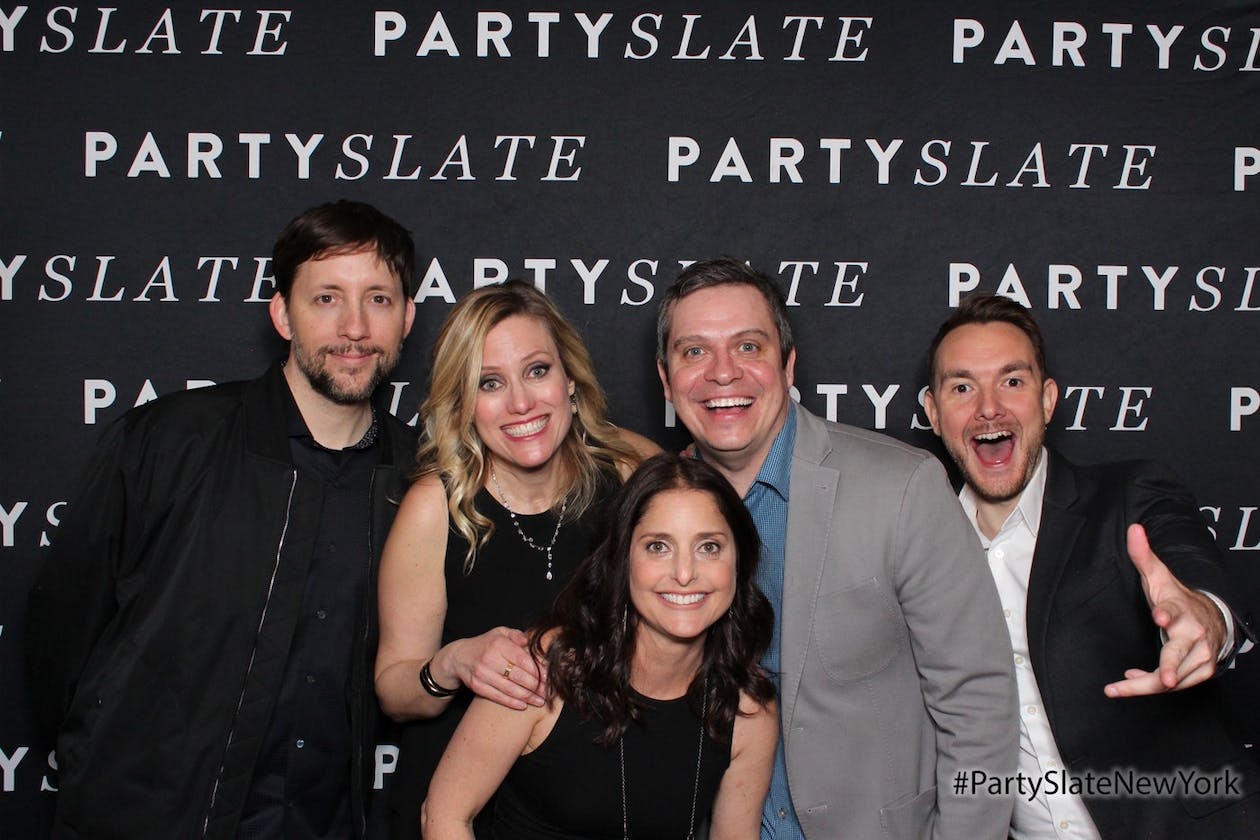 At least a dozen times in a PartySlate workday, you’ll hear the following phrase: “Do you have this conference room reserved?” It’s followed by a rustling of papers and closing of computers as one group begrudgingly leaves one of our four conference rooms so another group can take over.

There’s also a low-lit, freezing cold-storage room with a small table and some lawn chairs that isn’t available to reserve on our meeting calendars. As such, it’s become the most coveted space for poor-planners and last-minute meeters who long for a little privacy nestled between printer paper and electrical equipment. If our conference rooms are governed by a polite society of rules and reservations, our storage room is the Wild West — including squatters who overstay.

All of this is to say, we’re growing. Fast. We used to share our office space with another company, and we secretly blamed them for all manner of ills — drinking the last soda, leaving dirty plates in the sink, bogarting the rooms. But now that they’re gone, we realize it’s just the reality of a lot of people in a too-small space. But being all together like this means that when I mention the idea of a “Gifts for Holiday Entertainers” article featuring books by event professionals and caterers we love, Betsy in sales can chime in and tell me three “must-haves” for the list. It means that when Erin in customer success tells a co-worker that she’s headed into a meeting with a subscriber, Claire in marketing can tell her that she’s featuring their new event in an Instagram story that very day.

Inasmuch as we’re all getting to know each other well, and pitching in to move our common growth goal forward, we are also getting to know the people and places in the cities we’ve launched. Not only is our team growing, but our network and influence is as well. We launched in New York in April of 2018 and now, less than two years later, we’re hosting PartySlate’s fourth company anniversary party in the city that never sleeps. Our initial NY launch party was filled with new faces, introductions, and explanations of what PartySlate is. By contrast, this week’s celebration will be stocked with old friends — and their friends (because everyone wants to bring someone).

Our next celebration will be our entry into New Orleans in the New Year, where I’m hoping we will have next-morning meetings in the open southern air over beignets, then Las Vegas, where I’m hoping we won’t schedule any morning meetings at all (because unlike New York, I do need sleep). We will also be returning to our old favorites — cities we’ve gotten to know as well as we’ve gotten to know each other in these tight quarters.

Our growth will inevitably mean we’ll hire more people and move to a larger space — a space where our elbows won’t bump our co-workers as we type, where there will be conference rooms galore. Perhaps we will stop overhearing every single conversation (which, sadly, will mean that I won’t know what every member of our team will be wearing at our New York anniversary party). But some things won’t change: we will continue to champion the event community, to introduce party hosts to your gorgeous celebrations and spaces, and to get to know the very best the industry has to offer. Oh, and we will never stop grousing about dirty dishes left in the sink.