The City of Angels lives up to its name when it comes to gathering for a cause. Fundraising galas in Los Angeles draw volunteers and donors alike to support important causes like the Children’s Diabetes Foundation and Make-A-Wish Foundation. Though the city plays host to hundreds of fundraising events each year, a few stand out from the crowd — combining a worthy cause with interesting (and meaningful) décor, a beautiful location, delectable fare, and more. See our picks below. 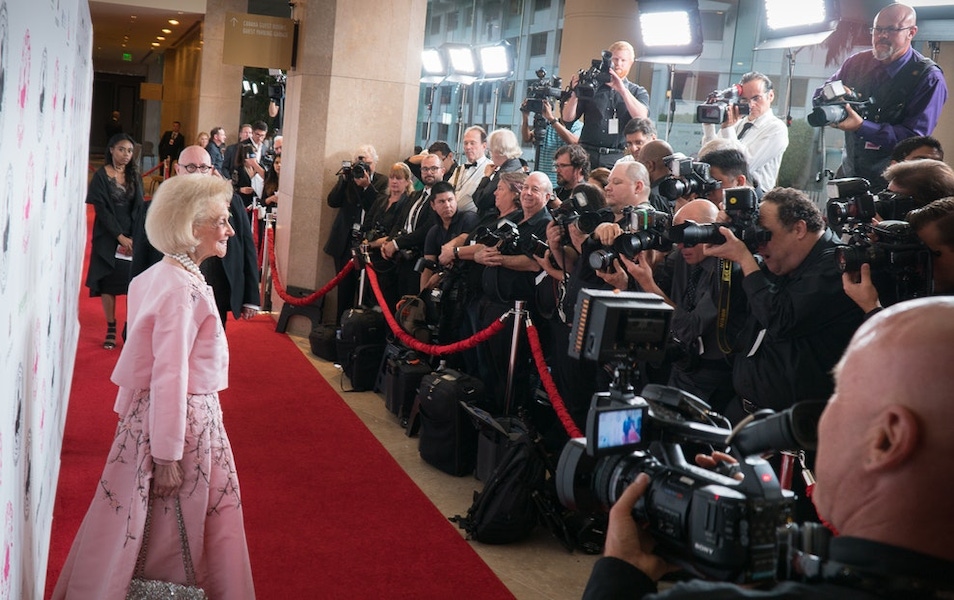 The Carousel of Hope Ball benefits the Children’s Diabetes Foundation and the Barbara Davis Center for Childhood Diabetes every other year, gathering star-studded celebrity supporters to raise awareness and money for thousands of people living with diabetes. Idina Menzel, Jamie Foxx, and other musical entertainment moved attendees with beautiful performances. The Beverly Hilton was the perfect venue for the large-scale occasion, and the planners at Sacks Productions worked closely with Barbara Davis & The Children’s Diabetes Foundation to create a philanthropic night-to-remember. The biennial event has raised over $110 million, which goes toward finding a cure for diabetes. Just this past October, Robert De Niro was awarded the Brass Ring Award for his humanitarian efforts and support of the foundation. 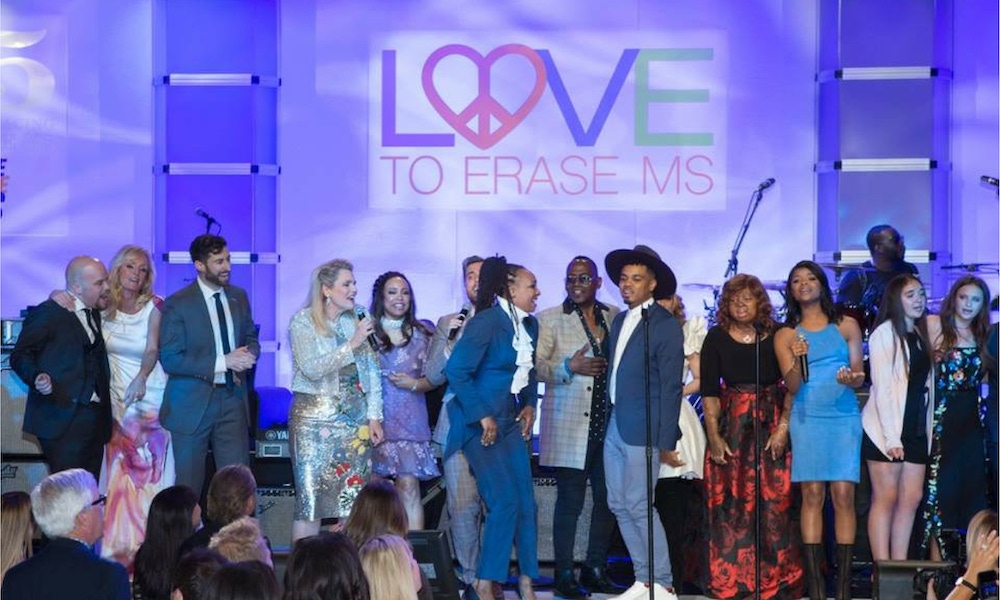 Started by multiple sclerosis (MS) survivor and advocate Nancy Davis, Race to Erase MS raises money and awareness for the disease, bringing 1,200 guests together at The Beverly Hilton each year. The 2018 gala featured performances from Flo Rida, Elle King, and Siedah Garrett, who all wowed guests with incredible musical stylings for the 25th anniversary gala. Raising over $1.6 million to benefit the foundation and Center Without Walls program, the glamorous fundraiser was a huge success, and the proceeds will certainly benefit the continuation of research, treatment, and search for a cure for MS. 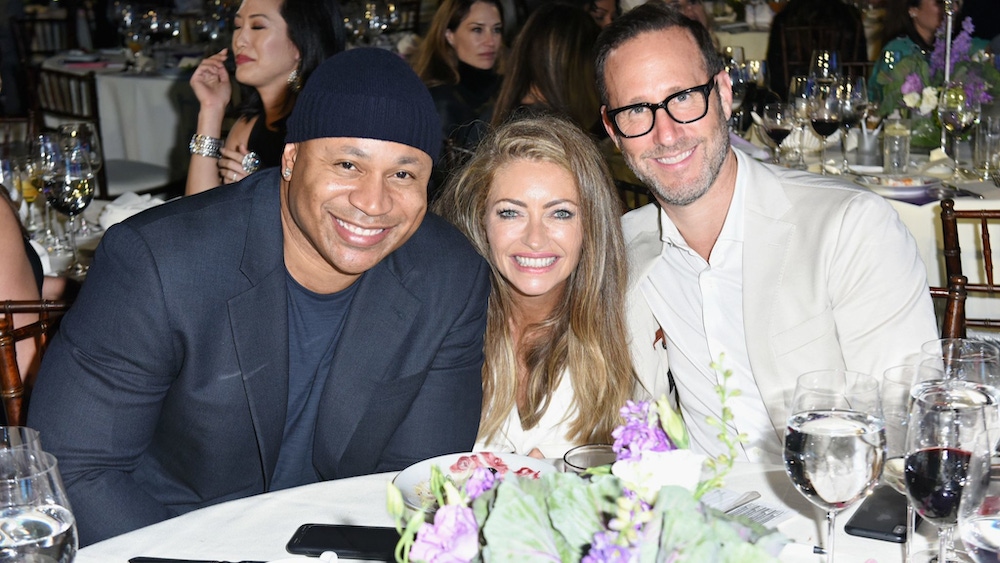 Every year, the Chrysalis Butterfly Ball aims to raise awareness and funding to “help individuals out of poverty and homelessness by providing the tools necessary to find and retain employment.” The annual ball, founded by actress and activist, Rebecca Gayheart-Dane, has raised over $15 million since 2002. Famous attendees like Elon Musk, Common, Al Gore, and Seth MacFarlane are just a handful of the amazing celebrities who have lent their support to this important cause over the years. 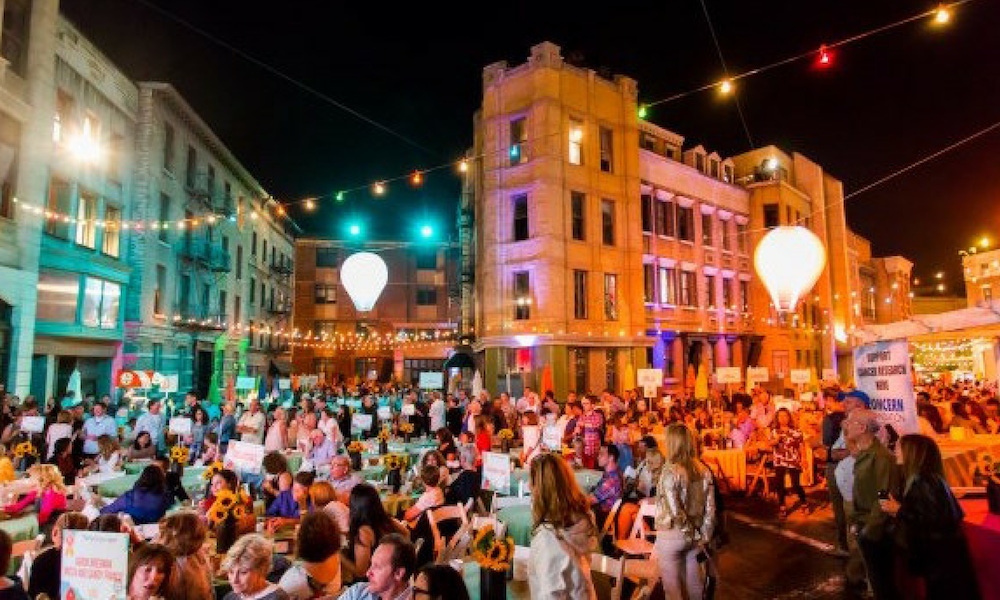 Hosted every year in the backlot of Paramount Studios, The CONCERN Foundation Block Party welcomes over 4,000 guests to raise money and awareness for immunology-based cancer research methods. Hollywood icons such as Frank Sinatra, Liza Minnelli, and Jack Lemmon dedicated their time and talents to entertaining fundraiser guests in years past. In 2018, more than 60 incredible LA restaurants participated in the event, providing catering options for guests to enjoy. The event raises millions of dollars for the foundation every year. At least 10 of the original 15 families that started the organization in the 1970’s are still actively involved in the non-profit and work together to put on a fantastic block party each year.

Photo from of amfAR

Thanks in huge part to the work of amfAR, a world without AIDS is within reach. This past October, star-studded guests gathered for the 9th annual amfAR Gala Los Angeles to raise money and awareness for HIV and AIDS. Famed singer-songwriter and activist, Katy Perry, was honored for her dedication to amfAR, and she also performed at the event. Josh Wood Productions worked with STAMP Event Management to create the most incredible charitable celebration, held at the Wallis Annenberg Center for the Performing Arts in Beverly Hills. 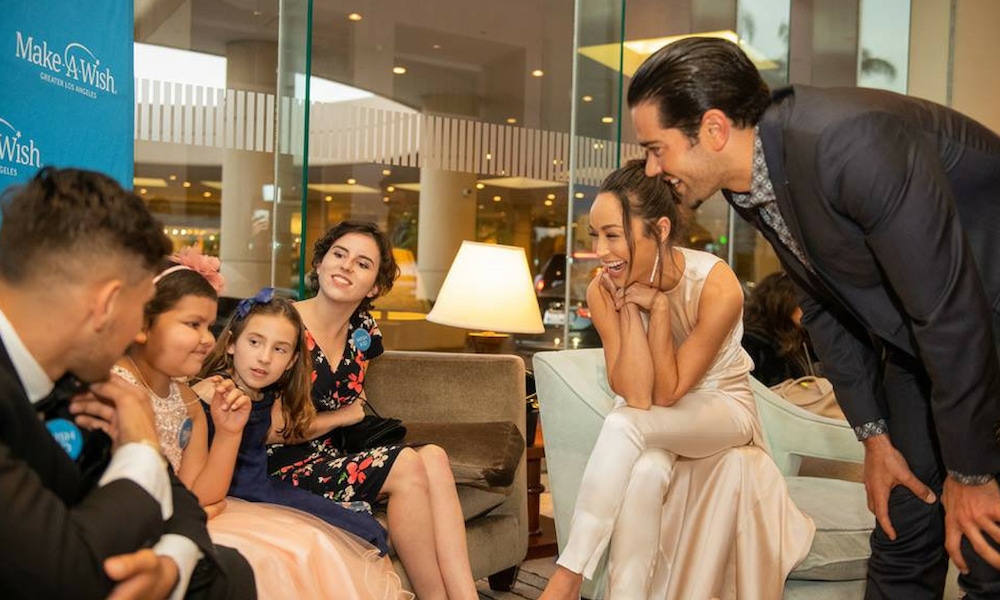 The annual Make-A-Wish Foundation Gala was held this past October in Los Angeles at The Beverly Hilton and celebrated children and families who have been changed by the Make-A-Wish Foundation. The 2018 gala marked the 35th anniversary of the Make a Wish Foundation and welcomed more than 800 celebrities, philanthropists, leaders, and more to the incredible event, which specifically honored Nickelodeon and Gordon Ramsay for their continued support of the organization. Peter McPartlin of Paramount Pictures and Nicole Purcell of Clio Awards worked together to lead the celebratory gala. 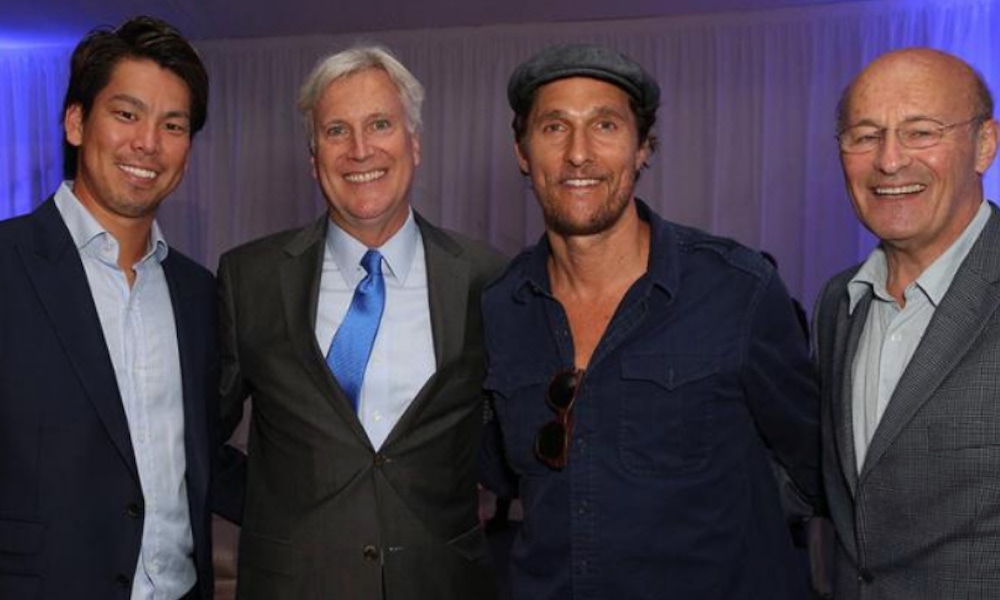 The LA Dodgers Foundation understands that children are our future, which is why they work to make an impact for underserved youth in some of the most challenged neighborhoods in Los Angeles. Their annual Blue Diamond Gala features a star-studded blue carpet at the iconic Dodger Stadium. Since the organization’s start, they’ve raised over $2 million to benefit the LA area. Featuring cocktails, dinner, and multiple entertainment performances, the event brings together advocates, celebrities, and supporters to raise money for the cause. Celebrities Arsenio Hall and George Lopez co-hosted this year’s fun-filled evening. 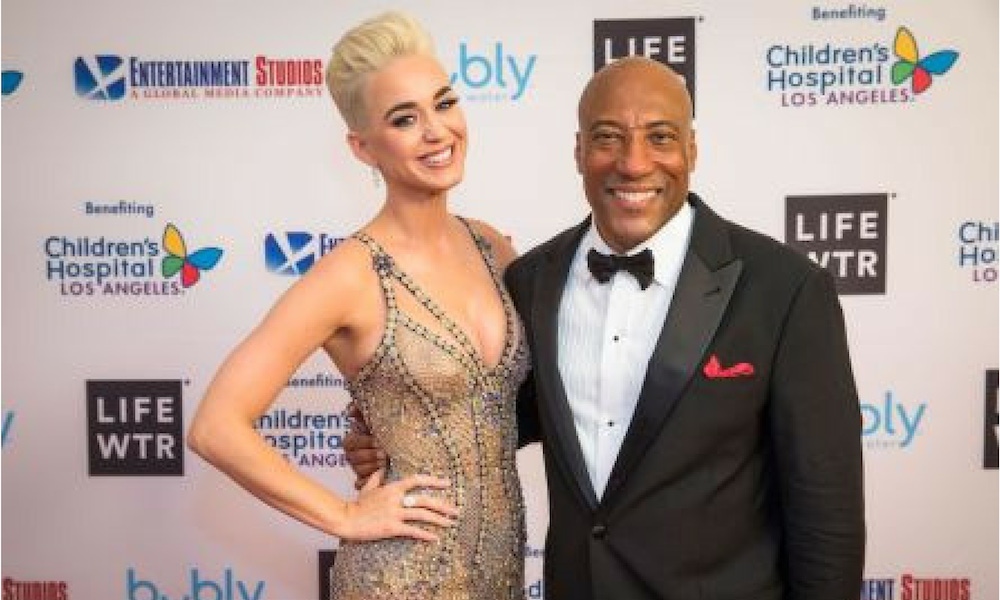 Byron Allen, CEO of Entertainment Studios, hosted his 2nd Annual Oscar Gala, benefiting the Children’s Hospital Los Angeles. Allen was a patient at the hospital as a child, so he has a deep connection to the important cause. Katy Perry and Jamie Foxx performed at the most recent event, and the gala was held at the beautiful Beverly Wilshire in Beverly Hills. This year also marked the 25th anniversary of Entertainment Studios. 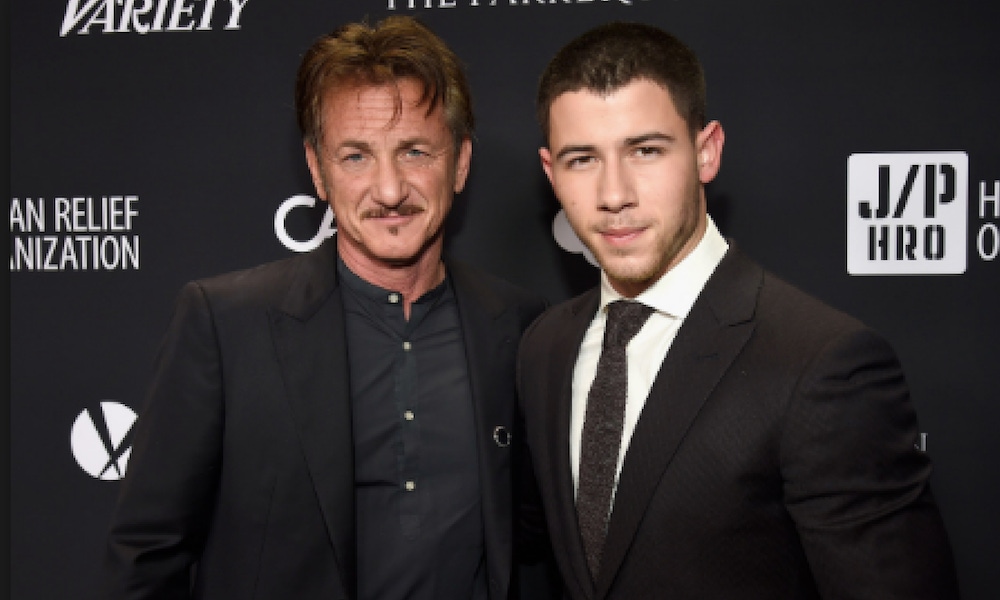 The J/P Haitian Relief Organization was established by actor Sean Penn in the wake of the 7.0-magnitude earthquake that affected the area. The organization works to support stronger communities in Haiti, specifically aiming to help provide resources to impoverished communities. The Montage Beverly Hills hosted this past year’s annual event, the Haiti Rising Gala, with Leonardo DiCaprio, Jason Segel, Beck, and many more guests committing a record $37 million to the organization’s initiatives in Haiti. All eyes turned to magician, David Blaine, who wowed gala guests with his impressive magic routines. 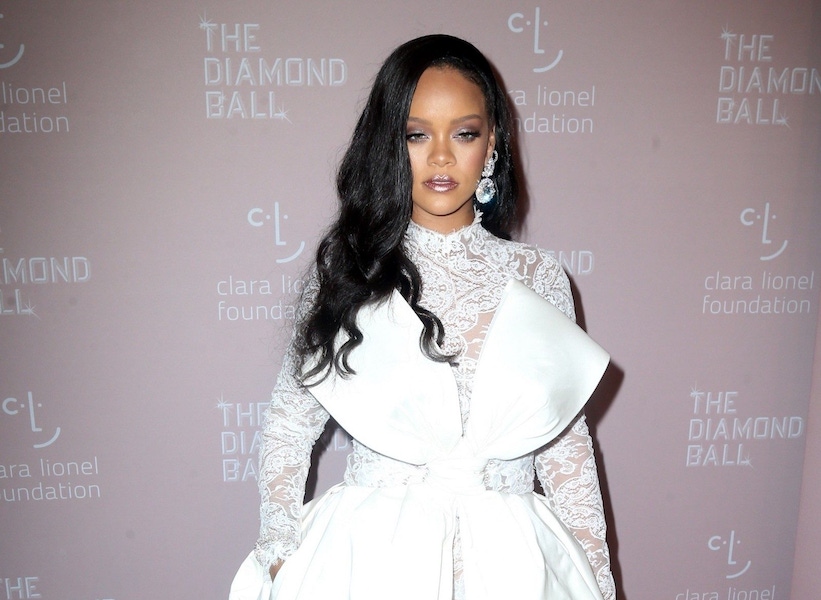 The Clara Lionel Foundation, named after founder Rihanna’s two grandparents, was founded in 2012 and works to benefit impoverished communities across the world by providing healthcare and education programs, as well as emergency response support. The Diamond Ball was last held in Los Angeles in 2015 and raised over $3 million for the Clara Lionel Foundation. Most recently, the 4th annual Diamond Ball was held in New York City in the Cipriani Wall Street ballroom. The gala was hosted by comedian Issa Rae and attracted over 650 guests to raise money together in an over-the-top atmosphere, filled with a live auction (voiced by surprise guest, Seth Meyers), amazing food, cocktails, and décor. 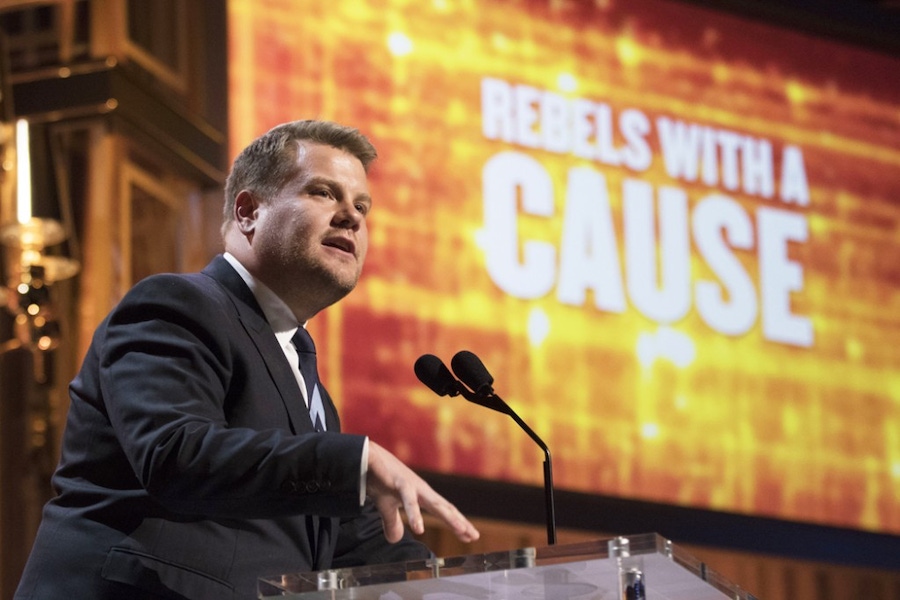 11. Rebels With A Cause Gala

The third annual “Rebels with a Cause” gala was last held in 2016 at the Barker Hangar in Santa Monica. With exciting plans underway to hold another incredible fundraiser in 2019, “Rebels with a Cause” works tirelessly to benefit cancer research and is a leading pioneer in the field. Guests honored social activists Cheryl and Haim Saban, all while enjoying a night filled with incredible entertainment from Christina Aguilera, Kristin Chenoweth, and Leona Lewis, all in the company of host James Corden. Sandy and David Ellison and Skydance Media were co-chairs of the event and partnered with USC President, C. L. MAc Nikias, to bring the night to life. The “Rebels with a Cause” gala supports incredible work of Dr. David Agus — director of both the Center for Applied Molecular Medicine of Keck Medicine of USC, and patient care at the USC Norris Westside Cancer Center — in his quest to think dramatically different about cancer treatment.